November 14, 2013
S/mileage has (finally) got some new profile pictures!
S/mileage is on quite a low burn fire if you ask me. Their new single is taking some time and so were the outfits! Although S/mileage is doing a lot of lives right now.
Anyways! Let's have a look at the new profile pictures. They are for Ii Yatsu/Ee ka?!
First of we got two very lovely group shots.
This one seems to be for Ii Yatsu. Fans reported that this was worn during a preformance of the song. I really like the laid back idea of the outfits. Akari stands out a lot, due to her blue outfit (and I think this does not fit her person at all). Aya and Nyon look pretty as every. I love Nyon's hair here. Kana's hair is styled like a grandma and her cloths don't really flatter her in any way, which make me sad. I love Rinapuu's hair like this. Meimei looks good.
The second outfit is for Ee Ka?! We had some previews from this and yes it's all pink and black. Three girls wear black skirts (Aya, Take and Rinapuu) and the three other girls wear pink skirts (Nyon, Kanana and Meimei). The skirts are mini skirts and they are soooo short. We will talk about the individual girls with their own profile pictures. 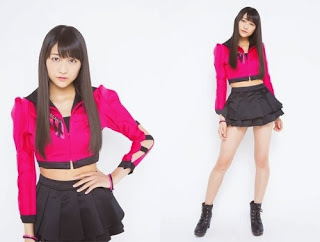 Wada Ayaka
First of is the beautiful leader of S/mileage. Ayaka-chan! This oufit looks really really good on her. She has great long legs >3<. Anyway her top is mostly pink and her skirt is black. We do see all these black details in her outfit. This fits her great and I love how mature she looks on the close up pic and how young she looks on the full body pic. 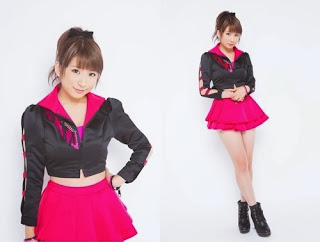 Fukuda Kanon
Nyon's hair looks really good in this outfit, but her face looks a bit swollen... I don't think this outfit flatters her at all. The pink skirt looks good, but the black top.. I don't know I don't like it that much. Don't get me wrong Nyon is beautiful, this oufit just do that justice. 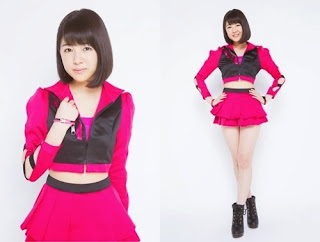 Nakanishi Kana
I don't know what to say. What happend to Kana? She is growing so fast. Look at this gorgeous almost woman. I love that she has so much pink and her new hair <3. It fits all so good. Her legs are amazing and look at that full body <3. 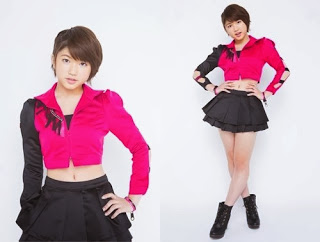 Takeuchi Akari
Mm yes. Akari just isn't the girl for skirts is she. Her legs do look good, but her how aura screams NO NO. But the oufit si good and it fits her well. I don't like the hair, but that's no news. Couldn't they give her pants like Uemura Akari gets? 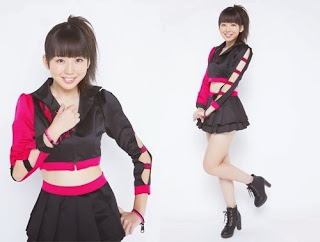 Katsuta Rina
Look how adorable this girl is. That second picture... OMG KAWAII. Rina's outfit doesn't do her figure much justice either, but she still look adorable. I don't know what to think of the hair. I like it, but I don't love it.. Anyways Rina is adorable and the black outfit looks good. 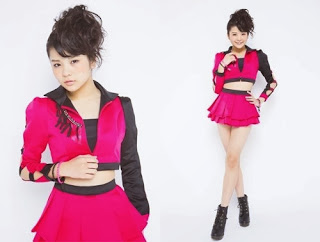 Tamura Meimi
And last but not least, little MeiMei. I mean, what? Where did little MeiMei go? She grew up to become this beautiful teenager! Her legs and the way she looks are so mature and professional. I like her in pink, the hair is alright. She looks really cool.

Popular posts from this blog 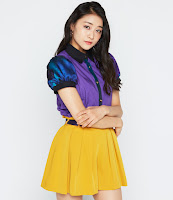 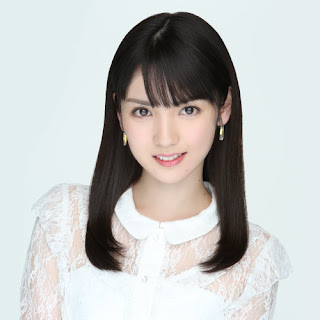 The princess has returned. Michishige Sayumi, ex- member of Morning Musume, will be returning to the entertainment world tomorrow and finally revealed her new profile pictures! Tomorrow Michishige will start performing her Sayuminglandoll shows and we will finally see what she has instore for us! Let's all welcome our Usa-chan with lots of love and support! Welcome back Michishige Sayumi-chan!

Sugaya Risako is married and pregnant! 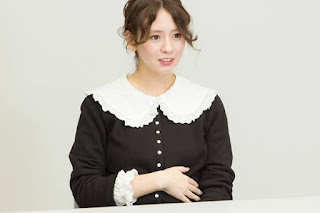 Who would have thought that the youngest Berryz Koubou member would be the first to get married and pregnant?! Well, it's all true! Sugaya Risako (23) has announced her marriage and pregnancy! Risako has been the least active ex-member of Berryz Koubou for the past 2 years (not counting Momoko who has recently gone of the radar).  She has recently gone back to blogging and started her own instagram account.
Risako announced she met her husband at the beginning of this year at a party. He is also in his 20s, is a "normal" man and lives in Tokyo. When they were dating for about 6 months, Risako found out she was pregnant. She was very shocked, but always wanted a happy family! Risako saw the echos and was really happy with the baby. She is now 5 months pregnant and the baby is expected around febuary/march. After Berryz Koubou went on haitus, Risako didn't have any big plans like the other members, yet she is not suprised of where she is now and is very happy.  She ho…
Read more 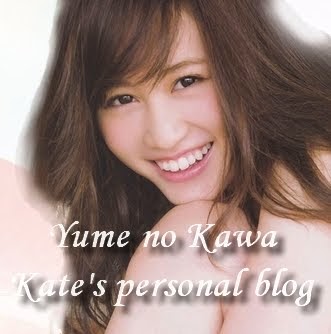